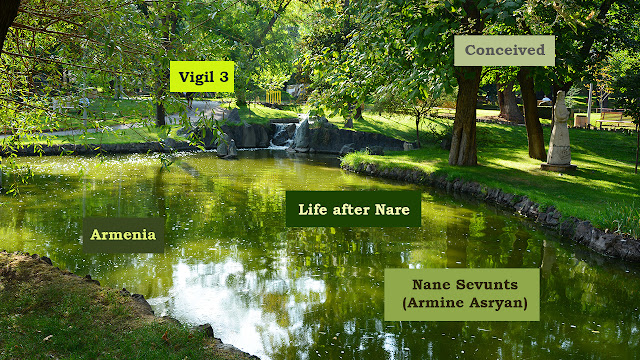 Meeting in the Park

One day, when Julie was walking in the park, she met an old man. They sat on a bench and were silent for a very long time. Suddenly Julie said:

“Are you happy that you lived such a long life?”

The man did not answer, but the first miracle smile she had ever seen appeared on his face. Finally, he said:

But Julie wanted to know the secret of the miracle she saw in this man. She said:

“If you had the chance, would you return to Planet Earth again?”

“I would return as many times as the Lord wants me.”

And then he continued:

“I notice that you have a problem. If you accept my words, they may help you. Tell your story to a candle. Light a candle and tell it everything in your heart.”

“Tell a story to a candle? What do you mean?”

“Just light a candle and tell your story – everything that comes to mind. That will release tension in you and will let you understand what’s what.”

That night Julie lit a candle and sat in front of it. The light spread all over the room and called her to it. Julie started wondering-wandering around in her mind. At first, she was just parroting. Things were repeating in her mind, and she was frustrated. Later she felt release. She was releasing all the junk in her mind, and that gave her a sense of security and calmness. Julie was surprised. The man’s words really worked.

The next day she went to the park to meet the old man, but she did not meet him. She was disappointed and wanted to go when she saw the elderly guy with the miracle smile coming towards her.

“Now you need to work with your breath.” He taught her a couple of breathing exercises.

On another day when she met the man, he advised her to pour cold water on herself. Water, breath, mind will do wonders, he said.

Julie believed the man. She was sure he had a history behind him. And she persistently did water procedures every day. She did breathing exercises three times a day and in the evening she did the candle miracle. Julie felt more and more strength in her muscles.

One day, when she was in the park, the man told her:

“That’s part of the yoga exercises you are doing. Now you need to strengthen your mind and body, and yoga can help you do that.”

Julie was very grateful. She wanted to give something to the old man but she did not know what. And then she remembered the bracelet with Nare printed on it. She brought the bracelet to the man and said that it was the most precious thing in her life.

The man smiled his miracle smile again. He put his hand on her shoulder and said:

That was the second time that the bracelet came back to Julie.

Julie was getting stronger and stronger. She felt energy coming from the breathing exercises and water procedures. But the candle did the most magic. She felt her mind releasing all the tension and unnecessary thoughts. She put the candle in front of her, about five feet away, and watched it. Thoughts came and went, and she did not have control over them. That made her calm. That made her want to continue to live.

She met the man in the park almost every day and he told her different stories. She was pleased to listen to them and some of them stayed with her.