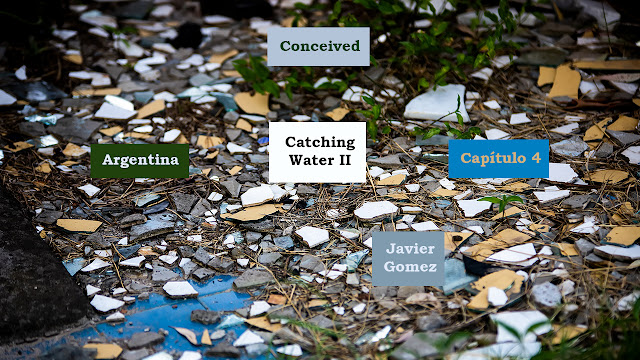 Weeks roll by, and she starts easing into the routine: dull bookshop hours interspersed with cigarette breaks, nights reading comic books and the poètes maudits, weekends of live bands and sex and hanging out. She’s toying with the idea of bringing Ale home for dinner or lunch one day. Her parents will grill anyone who comes into their house. They do it with Julia; they did it with all her friends and partners. She should move out soon, but saving some dough for a long trip around Europe is way more enticing. Nadia dreams of Rome’s monuments and Berlin’s techno parties. The math is solid, just one more year of the grind and then it’s travel time. There’s still the passport to sort out, but it’s not as terrible as it seems. Maybe she can ring a few of her dad’s friends and speed up the process. Her parents are annoying, but they do say yes to most of her requests. At least when they relate to bureaucracy and adult life.

They didn’t front the money for her tattoo even when she would have paid them back soon. She had to scrape up every penny and even ask Julia, but that was easy. Nadia touches the Chinese dragon on her left thigh every time she remembers all that. She needs the tiger now. Heaven and Earth, softness and hardness, intelligence and strength, balance. It seems possible. She daydreams and another week flies straight into Sunday.

It’s dark. She has been walking around with Ale and they’ve reached a quieter corner of the park, past the crowds and the food stalls. He’s kicking pebbles into the distance. The click-clacking of the stone pellets echoes up into the inky sky. They’ve been quiet for a while. She hugs him and they kiss under a streetlight. Nadia pictures the scene from afar, the island of light with the two bodies fused in the middle. It would be a nice panel in a graphic novel. And then he breaks the silence.

“I know about that guy.”

“The Cúmulo show. You met a guy, you kissed him, he walked you home.”

She’s frozen. Her body sinks into itself and her head spins. How can he know? Did he follow them? They didn’t see anyone nearby. Nadia sighs.

“Fuck. We broke up before that. I wasn’t with you anymore. We had a shitty fight the week before. Remember?”

“You always do this. Like you don’t care about us. About me.”

“Don’t be like that. It wasn’t anything. It just happened.”

She knows it’s not the truth as she’s saying it, so she lowers her eyes. And he knows too.

“Bullshit. I saw you all cheery and singing all the time the following week.”

“Shit. You were following me. What the fuck were you thinking? You can’t do that! Are you the fucking cops?”

His eyes are transfixed now. The last word is worse than a slap or a punch for Ale.

“Fuck you, bitch. You’re just a common whore trying to be cool, a fucking poser. That’s what you are.”

“Get fucked, twat! I don’t owe you anything. You’re a fucking child who thinks he’s Sid Vicious!”

Ale loses it. They throw insults at each other, and the words become a cloud of hate spewed by the river. Time is a wormhole. They fight for an hour or minutes, she doesn’t know. He hits her; she hits back. Fuck him. They break away shouting, someone hollers back from a nearby house. Nadia doesn’t remember how she gets home; everything’s covered in a gray layer of shame and sorrow. It’s late, so she doesn’t have to hide anything from her prying parents. The ice stings on her black eye, but she’s too exhausted to cry.