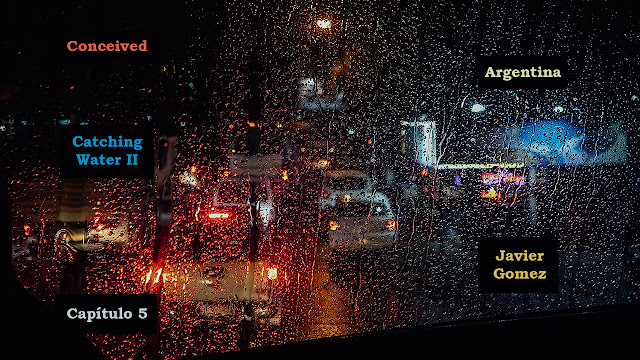 The roof is the best place to be right now. She stares into the night and lights cigarette after cigarette while a long list plays on her headphones. Ramones, L7, Nirvana, Soundgarden, Tori Amos, Bowie… Black Market Music by Placebo kicks in. As soon as Brian starts warbling Come back to me awhile / Change your taste in men, the levee breaks and tears start pouring out. She hasn’t cried in months, but it’s all there. The pettiness, the hurled anger, the mind games and the lies. There’s a crying river inside her and it flows, echoing in the weather-beaten walls of the surrounding buildings. An hour later, she goes to bed and almost passes out into a dreamless sleep. In the morning, opening her eye is a cavalcade of pain. It’s doable but exhausting so she lies there for a while, not daring to enter reality. The first time she felt like this, she was about eight or nine, and an angry girl had pushed her from behind because Nadia had won some stupid game. She fell down, face flat on the floor, no time to do anything but stare at the zoomed in tiles. Her nose bled and she came back home early that day. Her mum made pastelitos and hot chocolate, stayed with her for hours watching cartoons and movies. Nadia laughed a lot, even when she thought her head would strain and burst like an overinflated balloon. But her mum’s not there now, always working and oblivious to anything else but the usual routine. Not quite there for her. No one is.

The new routine is the old routine with less drama. Nadia finds her space again and starts playing the guitar. Whenever she feels down, her European trip daydreams do the trick. Julia gives her some mind-blowing weed that someone grew in their backyard. Dutch seeds, strong and hazy. Listening to Massive Attack after a few puffs becomes her Friday nights. Saturday nights are usually spent with Julia and an assortment of her friends or lovers or whatever. Her words. Nadia goes to see Leo one day and she finds him kissing a girl in Plaza Pringles on an ethereal Wednesday evening. They don’t see her, and it’s better that way. Another dead end, no surprise. Nadia is now focused at work, to her boss’ and her co-workers’ surprise. She somehow becomes a better employee, her sales improve, and Juan is less of a jackass to her from time to time. She knows she’s pushing everything back, gripping her issues with force and putting them all into a bottle, casting it away into the flood of numbness. No going back to the park by the Río Paraná on Sundays, both Ale and Leo could be there. She finds a new area to walk in, the Cementerio El Salvador and the surrounding Parque Independencia. It’s nice for a change, and also farther away from her house. The route takes her to Oroño Boulevard and the out of place palm trees, which she always found ludicrous. A testament to the unbridled wealth and ambition of a few old money families. They shaped the city in many ways, they still do.

After a few weeks of relative balance, she cracks one Monday for reasons she soon forgets. Some crappy discussion with Juan escalates; her boss jumps in; she shouts “Fuck this, I quit!” and everyone shuts up. She should give two weeks’ notice, but her boss seems to agree with everyone not wanting her there anymore. They pay her until the end of the month and she doesn’t have to be there. It’s a curse in disguise. Nadia spends a few boring days that feel like years. Ale calls all the time. She somehow knows that he knows that she’s unemployed now. One of those days, she answers. The standoff lasts a few minutes, but he manages to convince her again that he has changed. He’s working in a better place now, a coffee processing plant. 9 to 5, very good money. Independent, he says it so she knows he’s still a punk rocker. They end up laughing. The call leads to coffee, then to beer, then to a gig, then to bed. Again. They are together and planning futures she doesn’t want, but she’s too numb to care. They will move in together. They still fight once in a while, but the fog of passivity drowns her and the pain too. She runs into Leo one afternoon outside a record store, HIM playing in the background. They exchange a few words, she wants to run away fast. She’s hiding a black eye and a shattered crystal heart. Also, she doesn’t want Ale to know. Why poke the bear? At least she’ll move out of her parents’ house. Maybe she can reset her life there. Yeah, right. Whatever. She leaves Leo dumbfounded and disappears once again into the sea of unknown voices, killing loneliness. They meet in dreams that night, by the river Seine. It’s the first time she remembers a dream in ages. She wakes up rested and almost happy. Maybe they will meet again sometime. There’s a chance, it’s always there.