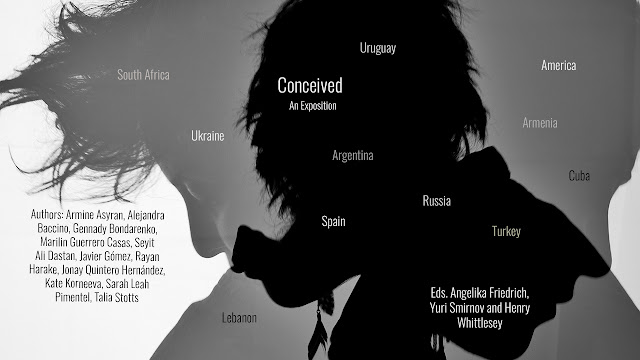 Eternity vs. mortal existence: the gender of the metaphysical and material – Elias Portolu by Grazia Deledda and Anna Karenina by Leo Tolstoy

Right at the start of Elias Portolu by Grazia Deledda, we learn about the clear distinction between material men and metaphysical women. The father of the eponymous protagonist refers to his sons as strong, which results in impressive production and the ability to dominate (“He’s a marvel! He’s sown ten measures of barley and eight of wheat and two measures of beans.” (5); “Now that Elias is back we are like four lions” (5); He [Elias] wouldn’t have allowed it. He would have broken his teeth with one blow. Elias is a man. We are men, we are, we aren’t puppets made of fresh cheese like the continentals” (9)).

By contrast, Elias’s mother and the future mother-in-law of another son of hers confide in each other that men are too material (“attached to the things of this world” (12; repeated in other contexts on pages 33, 48)). This direct connection between men and this world is juxtaposed to the existential place of women:

“…But what were we saying? Men think only about things of this world. If they would think just a little about the other world, they would go straighter in this one. They think this earthly life will never end; but it’s a novena, this life, a novena and short as well. We suffer in this world; we do so so that this little bird here,” she touched her breast, “is calm and free of guilt; let the rest go as it likes. Take some sugar, Arrita;…”

To emphasize the universality of this statement, furthermore, Zin Annedda, Elias’s mother, speaks using the “we” form (“What were we saying?”). In the immediate context of the narrative, this form is logical because she is concurring with her friend’s remarks on ‘this world’. Yet her words gain authority from the collective form to introduce her opinion on how you would conduct yourself with an eye on the metaphysical (‘other world’). As opposed to her husband’s banal associations in material everyday life (barley, wheat, beans, tigers), Zia Annedda touches her breast, describes it as a little bird, and the first object she mentions in reverting back to the current reality is sugar, as if to ingrain in the reader’s mind the sweetness of women’s metaphysical worldview. Finally, the representative of the metaphysical on earth at that time is a member of the clergy. In the novel, this is Father Porcheddu who echoes Zin Annedda’s words as he discusses Elias’s wavering plan to become a priest: “You are still attached to the things of this world?” (155) And when Elias attempts to break firmly with the materialism of pragmatism, he retorts: “I want to show you that I am not attached to anything.” (155)

“…[I]f Elias remained in the world he was lost. Zia Annedda was thinking along these lines because she knew her son.” (5) In the novel, Elias has returned from a 3-year prison sentence for a crime that remains unspecified, but is not sufficiently abominable to damage the family’s reputation or his reintegration into Sardinian society of his native village. His return is celebrated, and he is included, although not forced to participate in every aspect of life (marriage is open to him, and eventually he becomes a priest, albeit a sinning one). Even after his return and despite his good intentions, Elias is repeatedly described as (mentally/spiritually) troubled. He does not join his brothers and father in the pasture, behaves erratically (pale (13, 23), laughed until he turned purple (47), beats his breast (51)), and falls in love with his brother’s future wife. He is also considered feminine by both his father and mother, with the associated value judgement depending on the speaker’s perspective. As we have seen above, Zia Annedda, Elias’s mother, is critical of the material world; whereas Zio Portolu embraces it fully. Elias, as an effeminate man, lies somewhere in between: Since he is not an Ur-male like his father and brothers, he cannot identify with their life. Yet he knows no alternatives until he comes upon the idea of becoming a priest. It is his announcement of this idea that prompts Zia Annedda to say in relief that “in the world he was lost.”

Viewed along these lines, the story of Elias Portolu can be regarded as a romantic man confused by his inability to embrace the pragmatic way of life into which he is expected to assimilate. His prominently developed feminine side seeks an alternative to the materialism of pragmatism, but has immense difficulty finding a plausible path and even then struggles with the memes of pragmatism. As Zia Annedda explains to her daughter-in-law Maddalena: “he can be led into temptation because you know that the devil is always doing his work around us, but Elias knows how to fight him and would die before committing a mortal sin.” (52) Although her faith is ultimately betrayed, Elias’s mother understands a metaphysical romantic’s struggle in a world of material pragmatists, especially when you are expected to be one of them.

In Anna Karenina by Leo Tolstoy, the lines between genders are not as clearly drawn as in Grazia Deledda’s work. Nonetheless, Tolstoy portrays Levin as at least a man struggling to grasp the meaning of life and finding it in religion. Furthermore, tying into our third binary construct of wealth/poverty, the great Russian writer notes that Levin becomes able to recognize the metaphysical through a peasant:

“Fedor says that Kirillov, the caretaker, lives for his belly. It’s understandable and reasonable. We all, like rational beings, cannot live otherwise, than for the belly. And suddenly the same Fedor says that it is bad [to live] for the belly; rather it is necessary to live for the truth, for god, and I understand him! And I and the millions of people who lived centuries ago and are living now, the peasants, the poor in spirit and the wise, who thought and wrote about it, speaking the same thing in their obscure language – we all agree on this one thing: why we should live and what is good. I, and all these people, have only one solid, unquestionable and clear knowledge, and knowledge cannot be explained by reason – it is beyond reason and has no reason and can have no consequences.” (778)

In addition to a peasant conveying this undisputed truth to a landowner trying to live like a peasant, we encounter reason (rationality) being linked to the material, while the obscure language of the truth, the universal (“one solid, unquestionable and clear knowledge”), cannot be explained by reason. Tolstoy directly ties materialism to not only the body, but also the part of the body, the belly, that literally receives food, while the contrast is something “we all know,” but cannot be pinned down anywhere in this world. Specifically, this plays out in the titular character Anna who does not discover Levinesque spiritual enlightenment, killing herself instead as she is unable to come to terms with the limitations of earthly existence, specifically the limits of worldly love. It cannot, however, be said that all women in Tolstoy are materialistic: Both Kitty in Anna Karenina and especially Natasha Rostova in War and Peace bear and achieve an absolute symbiosis with the metaphysical.

In the case of the impish Natasha Rostova, she goes out on a hunt with her brother Nikolai. When they stop at an uncle’s log cabin, the host pulls out a guitar. Both Natasha and her uncle separately enter into a different realm (without any romantic interest in each other). First, he is described as assuming a new personality: Previously serious and quiet, he now becomes funny and laughs. Yet Natasha’s metamorphosis surpasses him by far: Not only does she transform herself by dancing, but she does so by exhibiting complete harmony with the Russian folk, although she has been raised in the aristocracy by a French governess. Without any experience in folk dancing, she knows all the steps, does everything right, as if she had “imbibed this spirit from the Russian air.” The narrator further points to the metaphysical nature of this moment by posing questions in the text and describing spectators as vacillating between laughter and tears at the beauty.

While gender distinctions cannot be assigned in Tolstoy, he does tie humbleness, simplicity, asceticism, labor and a lack of rationality/reason to the metaphysical. Fedor is a peasant. Levin may be an aristocrat, but he disdains high society, choosing farming and philosophical reflection instead. Kitty nearly dies when she becomes enamored by the glamorous solider Vronsky and finds happiness in the countryside with Levin. Natasha Rostova, also a member of high society, imbibes the spirit in a log cabin in the forest. The truth is experienced in fields and is beyond reason as Levin discovers through the peasant Fedor. By contrast, socialites like Anna and Vronsky ultimately commit suicide (Anna) or seek to die (Vronsky) when they run out of worldly distractions to keep them occupied.