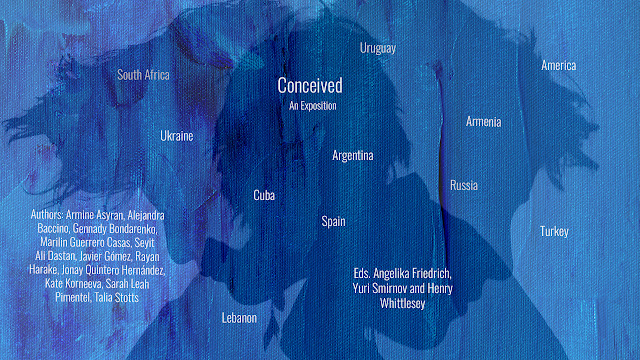 Spirits on earth, fantasy and visions of the dead – A Sportsman’s Sketches by Ivan Turgenev, Every Little Thing by Gennady Bondarenko, and The DNA of Angels by Valentina Akssy

The idealization and longing for youth in Russian literary fiction has a long tradition stretching back at least to Alexander Pushkin. Often it is associated with innocence, naivety and freedom, especially vis-à-vis adulthood. A subject examined less extensively and less obviously apparent is a possibly unconscious positing of youth as a metaphysical stage in a person’s life before they ‘develop’ into mature materialists.

As always with the subject of the metaphysical, it is hard to define exact criteria that need to be present for us to identify a person, character or mindset as such. In literature, as we saw above in the context of Elias Portolu and Anna Karenina, authors tend to show or depict characters and scenes in a manner that must be connected with the metaphysical or material (or any other classification) rather than telling or stating in an expository manner that such is the case.

In Ivan Turgenev’s story Byezhin Prairie, one of the ‘sketches’ in the collection titled A Sportsman’s Sketches, the hunter or sportsman who is wandering through the countryside, meeting with various peasants and describing their lives, encounters a group of boys sitting around a fire in the evening. He spends the night with them, listening to a series of tales exclusively about spirits, witches, mermaids and supernatural powers.

First, listeners hear about a domovoy, a kind of house spirit, still believed in despite the long tradition of Christianity in Russia. In this instance, the boys were spending the night in an old paper mill where they worked to avoid wasting time. When they are lying down to sleep, someone starts walking around on the floor above, right after they ask whether the domovoy will come. Then water begins to drip, a wheel starts to rattle and then turn. Soon the sound of steps is heard on the staircase; the door flies open, but they see nothing: Now the nets on the vats begin to move; a hook comes off its nail, and there is a cough. (72-3)

The next tale of spirits a boy tells to the circle relates to a mermaid in the forest (mermaids in Russian were not exclusively confined to the sea). Called russalki, these mermaids were essentially considered witches. When the local carpenter encounters one singing in the forest, he crosses himself for protection. This causes the mermaid to shift from singing to crying: She laments the crossing, explaining that he would have lived in happiness with her until the end of his days, (74) but now both she and he will grieve until death. Although the duty of a Christian, according to the boys, is to ward off such spirits just as the carpenter did (“but how can such an evil thing of the woods ruin a Christian soul – he did not listen to her, right? (74)), the carpenter is punished for vacillating. Whereas the children in the old mill fully believe in the domovoy and ultimately are left unharmed by the spirit, the adult carpenter is ruined for acting on instinct and out of routine rather than embracing the metaphysical one way or the other (choosing the pagan spirit or Christian God). Initially, he faints, then wants to yield to the mermaids’ wishes and only half-heartedly crosses himself (“the Lord put it into his heart, doubtlessly” (74)).

The five boys recount a variety of other stories about spiritual powers on earth, with all being taken for deadly serious except for one about a type of anti-Christ called Trishka, which is sightly undermined by the teller Pavel. None of the boys, including Pavel, doubts the existence of Trishka or his superhuman powers to elude capture, escape and lead Christ’s people astray. (78) However, Pavel, who has yet to share a story, tells about an incident where Trishka was expected in their parts on account of a heavenly portent. Suddenly, a man with an odd-shaped head was seen descending the mountain in their area; everyone scattered, screaming and hiding, but it turned out to be the town cooper, who had bought a new pitcher and put it over his head. Pavel is also the boy who exhibits the least fear in the face of these spiritual powers. Earlier, shortly after the mermaid story, he jumps on a horse and rides off into the dark to check the other horses when their dogs start barking convulsively; following a story about wood-spirits and groaning in water pits, Pavel goes to the river to get water. While Pavel does not doubt their existence and presence – he even says he heard his name called in the water as he stopped to fill the pitcher –, his actions demonstrate that he has no fear of them: “No one can escape their fate,” he says. (82) In the story recounted about Trishka, he makes a slight mockery of it with the pitcher-on-head detail. Interestingly, however, the narrator closes the tale by mentioning that (of the five) Pavel was killed that year in a fall from his horse. Not only is youth mingled with the metaphysical by having boys tell stories about spirits (while an older silent narrator documents them), and young believing boys are spared as opposed to half-hearted men, but the boy with the least orthodox attitude toward them dies.

Childhood also assumes existential characteristics in Gennady Bondarenko’s story Every Little Thing. Its mixture of fun, inspiration and humor is viewed in contrast to adulthood, with the dividing line between the two phases being marked by the end of high school, specifically a motorcycle crash.

In the story mostly about Klaus and Igor during their last year of high school, the teenagers relate funny stories from the past or goof around: Klaus is supposed to play the Russian Father Frost, Ded Moroz, but turns up as Santa Claus with a cotton beard, hence his name; in class, they sing a Beatles song to introduce their city of Odessa (and the teacher catches them, but gives them the best grade anyway); in another anecdote, the boys have written to the Beatles Fan Club in England and received a response from it, which they open to much amusement at their new English teacher’s apartment.

This youthful phase of fun and games ends after graduation: “the beginning of adulthood caught us unexpectedly,” says Igor. Now the language turns into “smiling mysteriously into his beard,” “no regrets,” and moral judgements such as “it is plain weird when you don’t know your native language.” In the fall vacation, the end of youth is depicted in even clearer terms when the former band member Klaus can no longer sing and play (“No way! Out of practice”), but then performs an acoustic song prompting Igor to say: “it only took you a few months after school to become such a…”

This shift from humor or fun for the sake of fun in youth to morality in adulthood mirrors a classic distinction between romantics and pragmatists. Bondarenko does not necessarily see humor as absent from adulthood, as he has shown in House with a Stucco Ship. Here, however, youth is associated with humor and, similar to Turgenev, pure fantasy with Santa Claus and contemporary fantasy associated with the Beatles and thus the implied dream of becoming rock stars.

The spiritual can also appear in reality through visions a person has. Such visions may consist of imagining the presence of someone or something in a place, daydreaming or dreaming of a person or thing that does not currently exist. Even mistaking A for B might reflect a case where the metaphysical/spiritual makes its presence felt. In Valentina Akssy’s story The DNA of Angels, we delve into a case of the imagined presence of a physically dead person:

During period after death:

I hate sunflowers. I’ve hated them for four years now. And I dream about them almost every night, and then they hover in front of my eyes all day and don’t disappear: I push ahead, running between these hateful sunflowers, as rough stems nastily scratch my arms and legs. I try to catch up to my Slavik, but he doesn’t even turn around, as if he doesn’t hear me. Striding ahead, he pushes aside the high stalks with his broad shoulders and disappears under the yellow petals. I stumble, fall, but I don’t stop and yell to him from behind: “Slaavik.” And the sunflowers, like living ones, are closing closer and closer to each other, and I can no longer squeeze through the palisade of stalks. I can only see the crown of my husband’s head under the swinging yellow baskets, farther and farther…

As he is dying:

I fell into a deep sleep and dreamed of Slavik, when he was young, when I met him, going somewhere through a field of sunflowers.

I sat on the side of the road, with my face to the sun, and smiled. It seemed to me that Slavik was watching them from the sunflowers and smiling at our angels too.

The wind swept over the field and made the yellow flower petals sway. In the distance, several sunflowers parted, forming a narrow path, as if someone was walking between them, spreading the tall stems with his broad shoulders…

In the two passages, Masha, the first-person narrator, sees her late husband in a dream, with the second instance occurring simultaneously to his death in a battle between Ukrainian and Russian forces in East Ukraine. In the third passage, she envisions him during the day as their children play in the field. Whereas Turgenev embeds the spiritual sphere in his narrative by invoking actual spiritual figures witnessed by humans, Akssy depicts the metaphysical with a formerly existing person reappearing in dreams and visions. In each case, the author departs from the documentation of the objective material world to give their readers access to an alternative.

While the metaphysical element of the dream/vision is not unambiguously reinforced by the backdrop of the metaphysical or material, we do observe two interesting developments. Masha’s three visions of her husband unfold in two different contexts: The first two, both negative, are dreams she has asleep and thus presumably indoors. The third vision, by contrast, occurs outdoors and is positive. Hence, the indoor-outdoor dichotomy within the metaphysical suggests a hierarchical ranking of visions, with outdoor ones being more positive. Furthermore, this last vision is accompanied by children scampering through the field, thereby uniting (metaphysical) youth with (metaphysical) visions of the non-existent. And the worldly result of this moment is: a smile, perhaps what was on Levin’s face when he listened to Fedor’s explanation of the truth.