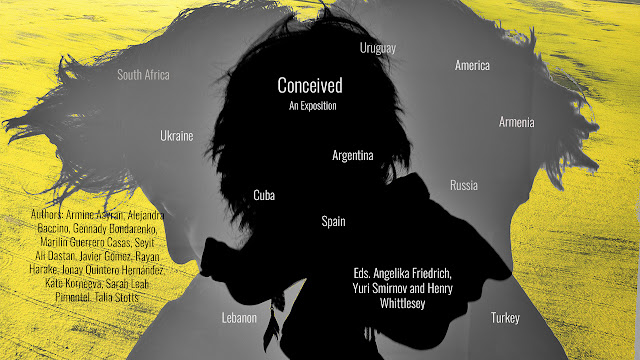 The former lizard, Avdotya, has become a mere appendage of her husband. At home she cooks, cleans, raises their daughter, and works in the vegetable garden. It is a life that pales in comparison to her youth as a respected group leader, an award-winning potato collector and seducer of the highly desirable tractor driver Vassily.

Galina Nikolaeva tells the story of Avdotya (Dunya, Dunyasha) Oserova and Vassily Kusmich in The Harvest. During the halcyon days of her childhood, Dunya jumps through fires (literally), draws the attention of the somewhat older Vassily, dancing, playing, dreaming and working in the fields with him. Life is otherworldly for her. Even when he breaks off their friendship, she is confident that they are in love with each other, and if he is not, then she wants no part of it. His position, the rumors resulting from their friendship, or the security of being married are nothing without love: “If you loved me, Vasya, the slander would not bother me. If you loved me, I wouldn’t hesitate for a minute.” (126-7) And she continues to immerse herself in life, loving unilaterally and using that metaphysical strength to contribute to the societal dream, which in turn feeds back into her love. Hence, she becomes famous for her potato harvesting and when Vassily writes her after a lengthy work-related interruption, she doesn’t harbor any doubts, running to meet him again: “No trace of doubts, criticism or tears. So trusting, faithful, open to joy; she played and sang.” (128) She becomes even more beautiful, and Vassily falls passionately in love with her. They marry.

On the day of their wedding, the narrator sums up Dunya’s otherworldly existence in the state of love that the reader has learned about primarily from his perspective:

Since the moment she had seen Vassily under the flags on the tractor decorated with rowan berry branches and heard his unusually passionate speech, her life had been pure happy expectation. She herself did not know what she was expecting; some kind of wonderful life in which her entire soul soared appeared before her eyes, and Vassily was the man, the best of all, the eternally loved man, with whom she now began this life. Their existence together to date was only the harbinger of something greater. When would it begin, that which she desired? What is it, how is it? (128-129)

The words in this passage capture the proximity between love and the metaphysical: life is a wonder (wonderful life); her soul soars – the soul being a central characteristic of the religious metaphysical and flying associated with the extraterrestrial; “the sign of something greater” ties into the spiritual theme of meaning beyond what we can comprehend on the basis of everyday, material existence. The same is suggested by the adjectives (great, desired) turned into nouns, a linguistic characteristic of the metaphysical, like the word metaphysical itself.

Yet “frosty and clear came the morning” – heralding the end of metaphysical love and the decent into the materialism of daily life. Despite efforts to stem the fall, Avdotya is helpless for a long time, as she cannot understand what is happening. She is lonely at home handling the domestic chores; her husband is at work most of the day and they share little common ground (“common language”). Although the narrator authoritatively declares that he is a faithful husband and there are no marital problems, Avdotya suffers in her position.

As Avdotya watches her dreams of some unclear expectation dissipate into the child, housework, cooking, she also finds herself predominantly in a different location – indoors. When she is falling in love, the scenes are almost all outdoors. She meets Vassily at an open-air festival. They hang out under the open sky, and even when they break off their friendship, it occurs on Avdotya’s porch. In this phase, by contrast, she may be in a clean, cozy, homy room with flowerpots on the windowsills, but her eyes have glazed over; she feigns joy with her child, and eventually resolves to start working at the kolkhoz again. This return to an environment often outdoors is suggested to result in an improvement. Vassily talks with her again, saying “When your wife is doing well, her husband is diligent.” (140)

In 1941 Vassily is evidently killed in the war, which allows Avdotya to start over. She makes private and professional changes. Privately, she lets Stephan, an injured war veteran, move in with her family; professionally, she dedicates herself to the dairy business of the kolkhoz. Although the two are only roommates, so to say, they live like a couple, spending evenings with Avdotya’s kids reading as they knit and repair shoes. With the passage of time (together), she experiences even more intense love than with Vassily: “No matter how much she had loved Vassily, she had never felt such a unity of feeling and thought, such pure harmony in everything.” (144) Her eyes are big and her pale face smiles; they agree on the sowing of the seeds, making them “feel so close, as if nothing could bring them closer.” (146) To emphasize the immensity of their love just prior to consummation, the author then describes various classical metaphysical tropes such as birth/germination (a nest of fawns discovered while mowing grass at night; seeds sowed), girls’ intoxicating and gentle singing, millions of stars twinkling, flickering and flashing, then a shooting star. Similar to the scenes when Avdotya falls in love with Vassily, the two lovers are primarily depicted outside – in fields, under starry skies – especially as their love climaxes, and repeatedly encountering youth or early phase development (seeds, birth, girls).

Finally – to remove any doubt that the author views (falling-in) love as a trope for the metaphysical and the decent out of love as a reversion to the materialism of worldly life – Avdotya and Stephan marry, and Advotya begins to believe that her happiness is solid and impermeable – until “Vassily returns.” Accordingly, we can say that falling-in-love is equated to a metaphysical state, whereas daily life in a relationship becomes material. This interpretation also plays out indirectly in Avdotya’s first marriage and is implied by the words “Vassily returns.” The state of marriage and end of the falling-in-love phase gives way immediately to domestic chores: material love.1

The early Soviet writer Alexandra Kollontai depicts exactly these two opposing kinds of love in her story The Love of Three Generations. One colleague tells another about her mother’s amorous relationships, her own and her daughter’s. Both she and her mother fall hopelessly in love with varius men. Initially, her mother ignores the opposition of her parents to marry an officer (“My mother had married for love and against the will of her parents” (11)). When this mother meets her soulmate, however, she leaves the officer, justifying her action on the basis of, as she viewed it, “the law of love was stronger than the duties of marriage! Love was something great and holy to her.” (12) The woman of the second generation experiences two kinds of love simultaneously: one logical with Konstantin and the other ‘different’ and unexplainable with the engineer M. Olya Sergeyevna (Olga), the woman of the second generation and narrator, then eventually explains that she cannot choose the ‘different’ love because it would be “spiritual bankruptcy for her.” (24) The stark contrast between metaphysical love and absolute pragmatic love without emotion can be seen most starkly with the pure convenience love of the third generation. Eventually, Olga separates from both of her partners and has a close (marriage-like) relationship with a younger comrade named Andrey Ryabkov. He subsequently has a relationship with Olga’s daughter Genia from the engineer M. However, Olga is not shocked by her daughter’s relations with her partner Andrey, but by her attitude towards it: She saw “an incomprehensible heartlessness, a calmness, a person convinced of her right… something cold, rational, almost cynical … not love, not passion and no effort to escape from her position. (30-31)

While Alexandra Kollontai almost certainly did not intend to negatively depict the first generation of Soviet-born and raised children as materialistic in their love and place love within the materialist agenda that pervaded all communist ideology, she does ultimately produce such a narrative. All of the women are communists. Yet both Olga and her mother grew up in Czarist Russia with its greater balance between materialism and the spiritual/metaphysical. Those two generations, irrespective of political ideology or perhaps even as a contrast to it, embrace passionate love, although their views of handling this differ. Genia has been surrounded by nothing other than Marxism her whole life, and her love is absent of any association with something otherworldly, unexplainable, abstract. It is purely physical lust. This is underscored by Genia’s decision to have an abortion: All three have dedicated their lives to the proletariat revolution, but only the third views conception as a material impediment to be eliminated. Genia also exhibits no qualms about her decision to ultimately leave her mother and Andrey. Metaphysical falling-in-love is completely absent from her relationship with Andrey. It has begun and ended in pure materialism.

1. In a modern-day context, the proximity between love and the metaphysical is observed in Alejandra Baccino’s story Till Love Do Us Part. The protagonist falls in love with an intense, dominating guy. Naturally, she is very happy in the early days and enjoys the type of bliss common during the falling-in-love phase. Yet, as the relationship deteriorates, he becomes physically violent, mentally abusive and ultimately cheats on her, she adamantly defends him because he still brings her such pleasure at times. In other words, she is able to depart from the banality of worldly matters through this relationship. Presumably, this is the only avenue she has to achieve these metaphysical moments, so she is very reluctant to abandon him.