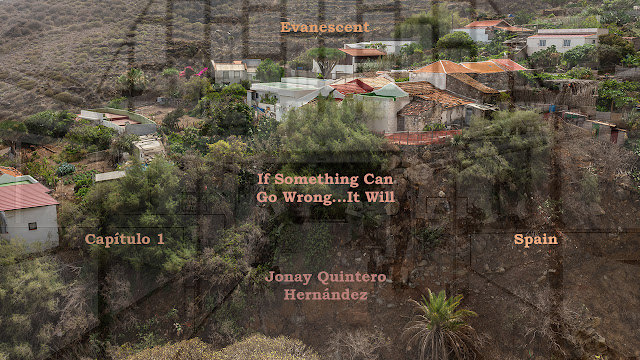 “The standard deviation can be found by square rooting the addition of all the elements squared, minus the average, divided by the number of data minus one” – boring, boring, awfully boring. There is hardly anything more tedious than mathematics, and, within it, statistics is second to none. “Wake up guys! I know it is early in the morning on a Monday, but I need you to understand this as there will be a surprise test on Thursday… Ooops! My fault! I have spoiled the surprise, but I know you will enjoy the test anyway…” “Oh! Come on, doña Lola! Give us some more time,” cried the entire class in unison.

Certainly, doña Lola was very patient with us but also inflexible when it came to doing our home- or classwork. She kept on explaining the intricacies of something called the ‘Z score’ while I was thinking about which of my sins in previous lives might be causing me to suffer so much in this one. My thoughts flew from Hindu karma to the last K-Pop band I had danced to with Moneiba and Luisa, to what I wanted for my birthday – since my birthday was going to be soon – and then also to a weird feeling I had had down in my belly throughout the morning. Maybe I ate too much at breakfast…

My mind kept on wandering around other worlds: What could dad and my friends be doing in Madrid. It is strange, but I couldn’t remember the last time I thought of them. They seemed so far away now… If I hadn’t been so happy in my new home, I would have felt as isolated as the man from that novel, although I haven’t really read the book, I just saw once a series based on it on Cashflix… what was it called, I think he was a castaway and had a black friend,… well, who cares.

My mind had moved so far away that I couldn’t take it back, before, all of a sudden, something happened that made me come back down to Earth. It was a strange sensation between my legs. It was as if I had … Oh no! What the he… Out of despair, I tried to contain it as much as I could but failed miserably.

Then I felt as If I was sitting on a wet towel, I looked down at the chair beneath my bottom and fortunately my sensations were completely subjective and very far from reality as only two reddish drops could be seen on the chair. I wouldn’t have been more worried or embarrassed if I had peed in my pants. I could feel the stinging tears in my eyes and the warmth of my blushing cheeks.

“Welcome to the club girl, aren’t you happy?” “No! For God sake I’m not!” I said completely overcome by shame, nervousness and a thousand other negative feelings. I couldn’t finish the phrase as Moneiba, to my terror, took a tissue from her bag, cleaned the chair and threw it in the dust bin in front of us. She tenderly caressed my cheek, but I quickly called for doña Lola to come to my rescue.

She immediately understood, told the class to do a few exercises from the book, and took me out of the classroom. As I stood up I hardly dared to look around the class. I expected that everyone would be laughing or talking about me. Yet unexpectedly, the boys sitting behind me and witnessing the whole scene were commenting on last night’s football match or pretended they were doing exercises. Their attitude somehow surprised me.

“Why are you so nervous? There is nothing wrong with what is happening to you. Hasn’t mom or dad talked to you about this?” For some reason her being so nice and sympathetic was starting to annoy me. I couldn’t avoid a sour reply: “Of course I know I’m having my period, doña Lola, but I didn’t expect today to be my first time and of course not in front of everyone!” Doña Lola seemed a bit surprised by my reaction and didn’t understand why I attached so much importance to the event. “Why all the fuss?” she said, “You haven’t shown your classmates anything that they haven’t seen before.” “Well, let’s call your mom to take you home, I think you can rest for today, and a lot of hugs and kisses from her might do you some good.” “And a shower,” I replied.

Mom picked me up in our family car and took me home, we had a great time together talking about all sorts of things, but not about my period and all of its drawbacks. I drank a hot chocolate and enjoyed having my mom to myself alone. We were having a great time, but even so, we both, at some point, wondered where Edelmiro and Kunta could be.

I couldn’t help but think of my classmates’ reaction as well as doña Lola’s attitude. I had already noticed how freely boys and girls used to speak about their bodily functions on this island. Their favorite answer to anything was, “That’s nature, girl.” To be honest I appreciated their reaction. I know for sure that if the same would have happened to me in a classroom in Madrid, everyone would have laughed at me. I’m aware that children in a big city might consider people from the countryside to be less civilized, modern or even less intelligent, but now I wasn’t so sure about that.

Indeed, this made me better understand an event that took place a few weeks before I got visited by the “red lady” for the first time. Most boys and girls in my class are sons and daughters of farmers. They live in close contact with animals and see from an early age everything they do. In that context, the question of “where do babies come from?” doesn’t make a lot of sense, but if it comes up, the parent in question simply explains, in crude plain words, everything about it and, when possible, shows a practical example with the animals around.

That being said, doña Lola had warned us that one day we would have a master class on “Sexuality and understanding our emotions,” taught by someone from the Education Division of the Regional Government. The day arrived and we were all very positively surprised by our new teacher. She was a young, pretty lady, dressed in a very cool way and wearing a metal ring in her nose. The boys paid full attention to her because she was beautiful; the girls did the same because we wanted to ask her questions about her outfit and apparel and also because we admired her cool, outgoing ways.

She began talking about sexuality, and all the boys raised their hands, fought among themselves for her attention and tried to impress her by providing the most accurate answer to every question she asked. She seemed somewhat impressed by their answers: “You know a lot about this. You are 12 or 13, right?” Then she went on to talk about gender theory, the patriarchy and the need to use non-sexist models in education. The girls and boys apparently agreed with everything that was being said.

However, a few expressions of worry and butting of elbows were seen when the topic of “new masculinity models” was raised. “Is this gonna hurt us?” asked one boy. “No, no,” replied the speaker. “Will we get operated on?” “Are we bad?” “Will we all have to change?” The young lady sighed, rolled her eyes and patiently tried to explain those difficult concepts. The girls looked at the boys with naughty smiles on their faces. The boys were not smiling any more.

The last point of the talk was about “fluid gender” and “non-binary genders.” This time girls and boys were having problems understanding, some of them were yawning. “We all know homosexuality exists; we have seen animals of the same sex having sex,” said Luisa. “But they are still males with males and females with females; they aren’t anything in between,” added another boy. At this point, the young lady had run out of patience, she wasn’t friendly anymore and abruptly answered: “Biologicists! Savages! You’ve been raised by fascists!” She stormed out of the classroom as her face turned red.

One of the girls stood up and said: “You seen that? She tried to piss over our heads and then convince us that it was raining! What a liar!”

September: To be announced

November: To be announced

December: To be announced