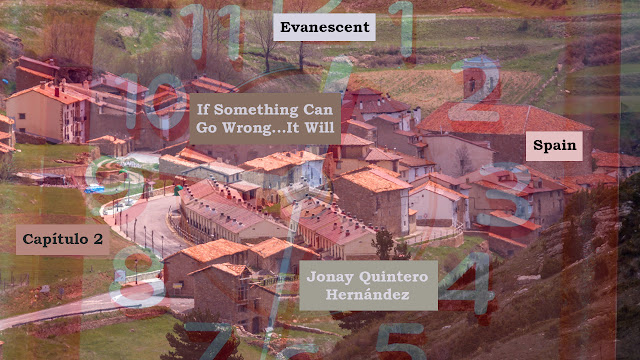 I’m dying. No, I can’t be dying because I’m already dead…but if I’m dead, why the heck does it hurt so much? Since I wasn’t gonna see the movie of my life (neither me nor anyone else would have been willing to pay for a viewing) or the light at the end of the tunnel, I decided I’d better open my eyes. The first thing I saw was a long, bleeding scratch on my side. I tried to lick it, but it hurt – like being branded with a red-hot iron. Don’t know how many lives I’ve got left, but I had been lucky enough to escape alive from – it seemed – a gunshot.

The hitmen had left me lying on the ground, thinking I was dead, and also because nobody thinks that black cats lives matter. Throughout my life, I’ve had many occasions to confirm that this is true. But if I had been injured, Edelmiro probably had been as well. I looked around. There were no traces of either the horse, nor Edelmiro. I sniffed the ground and walked around painfully trying to find my friend’s scent or any other scent that would help me find him.

I was aware of Edelmiro’s past. I knew perfectly well that he killed my previous master: May he rest in hell. And I knew that bad people from his previous life would someday find him. No hitman reaches an old age. It’s weird to love an individual so used to killing, isn’t it? How strange knowing that he made a living out of it. Will he ever be sorry about his victims? I know most of them were scum, killers themselves. Does that make it morally acceptable? I do not know. I’m just a cat, and cats don’t usually engage in moral discussions. When I die, my conscience will just disappear, and it will be as if I just never woke up from a nap. My feelings, memories and lessons learned shall vanish into the immensity as if they were dust… And all the more so for humans. It’s just that they are afraid to acknowledge it. Oh, come on! – It is just that the injury in my side aches like hell, and when I’m ill, I get too intense and nihilistic. I’ve seen “the lady and the tramp” and “all the dogs go to heaven” several times. Believe me, if dogs can go to heaven, we cats can too. It’s just that I hope nobody punishes me for the mice and lizards I’ve killed for food. But I wasn’t gone then. Not at the moment. I had to keep on searching…

Yes, I know, I knew, back then, that Edelmiro had changed. I knew he had changed because he loves me and cares for me and for the girls too. We are a family and we deserved our little piece of happiness after so much trouble.

I could barely walk, but, limping a little, I reached one horse’s footprint. The poor thing must have run away, scared by the shots. Who knows where he could be then, and I wasn’t willing to run across the whole island to find it. Even if I did, I didn’t know what to say to make him come back home. I assumed he would try to return on his own when he calmed down.

I was thinking of this and many other things when I found a scent that was familiar to me. I tried to follow it but it was too faint… Then I discovered a few drops of blood… I needed to find out where my master was,… but walking was so hard. And forget about running. I expected to figure out where he was and then reach out for help, but every step was quite painful…

“I can’t believe how stupid you are, Ramiro. There was no need to shoot. We could have got caught. Some neighbor might have heard the shot,” – the shorter man of the two gesticulated aggressively as he told off his partner in crime, chastising his lack of professionalism. Both seemed very worried. So much so, that they didn’t realize that Edelmiro was awake again. They had tied him to a post of the cottage they were in, hands behind his back, like in an old gangster movie.

Edelmiro writhed in pain. Even so, he dared to say, “Could you both shut the fuck up? I was sleeping…You look and sound like the bad guys in “Home Alone” but… couldn’t end the sentence as a hard kick on the 7th left rib left him breathless. “You better keep your witty comments to yourself, payo. You aren’t getting out of this cottage alive, bastard. We have come to avenge the death of you know who.”

Luisa and Moneiba had come to visit, and we were playing cards on the porch. We were really having fun and laughing out loud. All of a sudden, we were surprised by the dark figure of Aunt Amalia approaching us from behind the house, “Is your mom at home, honey? I’ve brought a few figs and some other fruit for you all. By the way, how is Edelmiro doing?” “Actually we haven’t seen him since yesterday, he didn’t come home last night.” “That’s strange,” replied the old lady with a bizarre look in her eyes. She entered the house, and we kept on playing.

After a few minutes we saw the second dark figure of the afternoon. It was Kunta. It was moving very strangely and walked as if it were drunk. It began meowing and making very weird sounds. “That’s Kunta isn’t it?” said Luisa as sharply as usual. When Aunt Amalia and mom came out of the house, Aunt Amalia stared at Kunta as if she could understand it. If it wasn’t a cat, you would have thought that it was mimicking or speaking weird sign language. It lay down on the ground and stiffened one of its legs; it put its little paws on its neck and showed its tongue.

“This cat has been shot.” Kunta nodded desperately, then grabbed an invisible firearm with its little front legs and made a strange sound. “Wow, auntie! Did you figure that out because you saw it in its eyes? Do you understand the language of cats?” asked Luisa. “Of course not, you silly girl, I know it because of the blood on its side. “Something really bad must have happened to Edelmiro… Do you want us to follow, Kunta? Go, Kunta, go!”

September: To be announced

November: To be announced