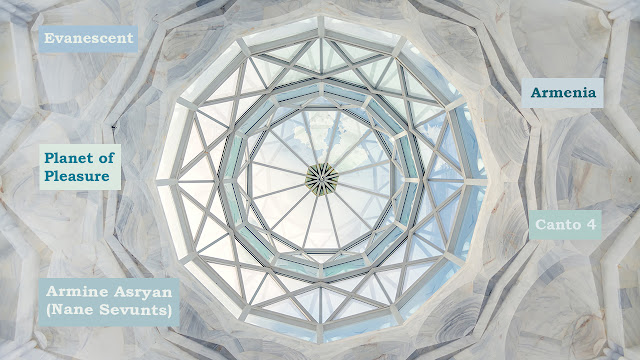 Julie, a woman in the third millennium, had to be ill to dream about all this. Yet, she was sure that there was some truth behind what she hallucinated. She knew that there would be a time when people would be self-sufficient and happy. Today, in this millennium, Julie was an isolated woman who had panic attacks and delusions. She did not know how to live or why to live.

She forced herself to go out and jog. At the beginning it was hard. All her body resisted and she did not want to do anything. Her mind, her body were her enemies. They wanted her to keep away from simple actions that could give life to her. But Julie was determined. She forced herself to exercise some. And suddenly she felt energy in her muscles. Nothing is lost. Take action. Move on.

She then went to a shop to buy paint. She wanted to paint her house in light orange as a sign of new life. Can you understand that it was hard for a woman that lived only in hallucinations to paint a house? But Julie was determined. No doctor could cure her. She had to realize the Planet of Pleasure is today and now. When her strength was betraying her, she would concentrate and move on.

Finally, the project was complete. Her house looked a lot better and joyful. The house painting project was worth more than any psychologist she knew. And she also knew that it was within her power to change things.

Julie had been a curious girl in her childhood. She had liked to collect leaves and make albums. That was Julie’s second project. She had also liked painting and writing stories. These interests gave meaning to her life. But to tell you the truth, it did not come easily to her. Julie literally forced herself to go to the nearby park to collect leaves. She viewed it as therapy. A substitute for endless talks with psychologists. She literally forced herself. But the interesting thing was that once she started doing things, she was also interested in them. The rays of life would penetrate her during the small activities and projects she was engaged in. She knew that. She knew that planet Earth is today in everybody’s life and in her life. She just needed to have determination and strength.

Slowly, Julie felt a bit of energy filling her body. Yes, she forced herself to do things. But once she did them, she also felt little sparks of happiness and satisfaction. Her hallucinations continued, but she was halfway to a real life. It was here that real happiness lay. She was in Armenia. And she lived in the 21st century. That was her time and place, and she knew that her voyage to the fifth millennium was just an escape from life.

That was why she forced herself to do things. She had the determination to live, and that gave her the strength to do those tiny things that many others do not even notice. Her whole story was a struggle. A struggle for a piece of life. And Julie wanted to have her place. Her place in a tiny world like Armenia and in a crazy time like the year 2022. She did not want to travel to a different world. She wanted to live her life here and now. And she did it. She managed to come back to earth and lead a life that was real. It was real. It was the Real in Unreal. And it resembled the Planet of Pleasure.