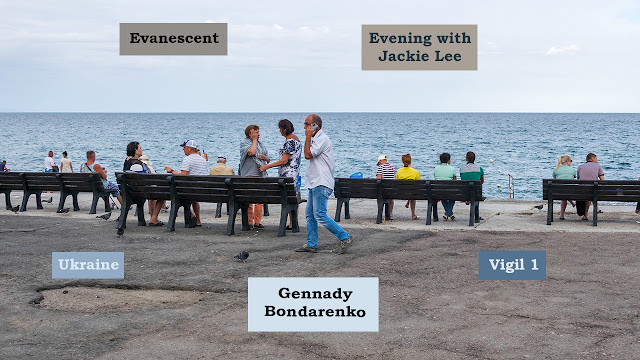 About half an hour was left before the end of the workday. The editor’s secretary at the newspaper where I recently started working called me up. “Igor,” she said, “the editor-in-chief wants to see you, and urgently. Put all your work aside – if you are still busy with something (there was a slight chuckle in the receiver) – and hurry over to him.”

The editor’s invitation was completely unwelcome. No less urgently. I was needed at the “Black Cat” bar. Tonight, our press photographer, Kolya, was celebrating his birthday, and people would gather for the party soon. My present for him, a Zippo lighter, already smelled of gasoline like a harbor tug.

My recent communications with the editor had been sort of strained. Or rather ours, Kolya’s and mine. After all, we worked in tandem, as a reporter and a photojournalist. It’s a small wonder here. Take, for example, our latest assignment. Just a couple of weeks ago. The editor summoned the two of us for, as he put it, a very important mission. We had to report on how our city – not long ago a Soviet naval base and a ‘closed city’ – had transitioned to a peaceful life, as he’d called it. “Yes, there was a time, in quite recent memory,” the editor began in a formal tone, “when the Cold War continued between the Soviet Union and America. But luckily it was all over. And now, in a peaceful country like Ukraine, such enormous quantities of weapons were just not needed. So we’re getting rid of that surplus. And you are to witness,” he continued, “the Conversion Program in action and convey the picture, in every sense, to our readers. So here we are,” he concluded in a convincing tone, “I have already done half of the work for you. The only thing left is just to go to the military post and prepare a report on how we are transitioning to the track of peace.”

For a second, he was silent, as if pondering how this phrase “transition to the track of peace” would suit a place like this one, especially a coastal city. Yet he quickly recollected himself. “The most important part of your job is the photographs,” he said. “They must be convincing, you know. And everything has been agreed with the naval authorities. They are already waiting for you, so go.”

Soon we were standing at the gates of the military unit. Yes, they were expecting our arrival, immediately issuing temporary passes for the territory. Conversion or not, the city was still a naval base, and a permit was required to enter the facility. However, as it turned out, the Conversion Program, so grandiosely presented by the editor, in reality looked much less presentable. On the pier, three sailors under the command of a lieutenant were trying to cut the old ship’s hull into pieces with an autogenous cutter. The hull was so rusty that one would think the Cold War ended centuries ago, not recently, as the editor put it. If those parts of the ship were ever to “go on the track of peace,” that would clearly be in the form of scrap metal, and not as a symbol of conversion and disposal of surplus weapons.

The work went slowly. The lieutenant paced nervously along the pier, but the sailors demonstrated philosophical calm and were ready to saw through the rusty metal until ‘demob’ day. Nothing special was happening – and clearly no spectacular shots were to be anticipated either. Kolya and I stoically watched their work for half an hour, until finally the sailors decided to take a break and went to the smoke shack. The idea seemed quite good to us, so we followed them. As it turned out, the lieutenant in charge of the process was none other than Vasily, Kolya’s former high school friend. They hugged. We explained why we were there. Vasily complained how much time he had already wasted on, by his words, ‘butchering the carcass’. As we found out, the vessel itself was actually a German trophy from World War II. The German shipbuilders had worked conscientiously so that the minesweeper stubbornly did not succumb to either a metalworking saw or an autogenous cutter.

Our hearts sunk at hearing this news. Those ‘conversion’ photos we’d come for would only be that of a once formidable warship cut into now harmless parts. Noticing our disappointment, Vasily was quick to come up with an ingenious solution: Since we had come for a report and especially for effective photos, he would arrange everything in no time. “Look no further,” he exclaimed! “You’ve found the right person to show how a fearsome battleship can be made into parts – neatly, beautifully and quickly. Especially for a newspaper report and, what is more, one agreed with the higher-ups. It was not for nothing.” Vasily added a bit boastfully that he had completed the demolition specialist courses at his naval school. Yes, accelerated, that’s true, but you could still safely consider him a master demolition man. “Rest assured,” Vasily continued cheerfully, “all the world’s leading news agencies will fight for the photos we are about to take.”

In the meantime, the sailors had returned to the dock, but Vasily gestured that we should follow him. We did and soon, as it turned out, entered a military warehouse where he greeted yet another lieutenant. “How about explosives?” he asked, and then briefly outlined the purpose of our visit, along the way making some calculations with a pen on a cigarette pack, explaining to the depot officer what exactly he was going to do. The lieutenant from the warehouse only grinned in response, “Explosives! We have heaps of them. And since the top brass themselves have invited these newspapermen to report, there is no problem in providing the required number.”